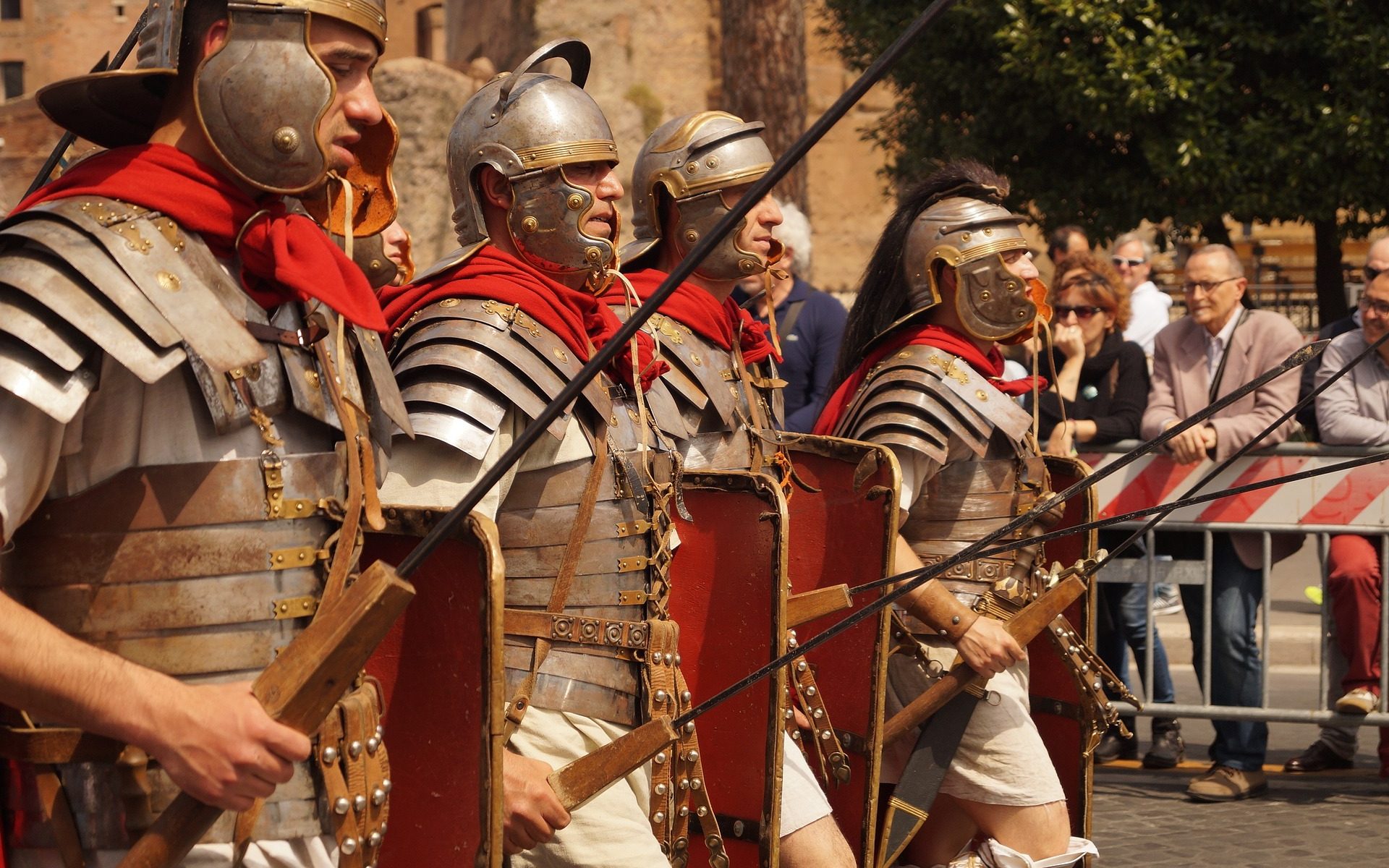 As you may have heard, Rome turned a young 2,770 years old this past April 21st!

If you are doing your math correctly, you’ll note that Rome was founded in 753BC. Whether or not that is a historically accurate year is a moot point. In a city this old — legends have a special place. So, if you haven’t read it yet – I suggest you catch up by reading the tale of twin brothers suckled by a she-wolf: Romulus and Remus. Of course, it was Romulus that went on to found the city of Rome.

Fact & legend have a strange way of meeting each other in the middle in Rome. In fact, archeological evidence points to the earliest known settlements of Rome on the Palatine Hill dating to 750BC. That’s exactly when, and where, it is said Rome was founded by Romulus.

No big cake with 2,770 candles for Rome this year. That would, of course, be a fire hazard – and Rome has a pretty bad record with fires.

There are, however, plenty of events going on that span the course of several days at the Circus Maximus. Here are the most important:

What? Tracciato del Solco “The Digging of the Trench”

What? A tradition dating back to ancient Rome times, it recreates the ritual often used at the founding of a new towns. Inhabitants dig a trench and toss various gifts and offerings inside, a little bribe to the Gods to ensure they watch over the place. If you are imagining modern locals and tourists alike with shovels and pitchforks getting down and dirty in the middle of Circus Maximus, we hate to disappoint. The “ritual” is re-enacted by actors from the Roman Historical Group, and no ground is actually broken.

What?  Dating back to before the founding of Rome, the Palilia was a ceremony was held in honour of the god/goddess Pales (who has no known gender) and who is the designated protector of shepherds and sheep.  The ceremony in ancient times involved all sorts of hard to stomach rituals, including the sacrifice of a pregnant cow and the subsequent burning of her calf in a bonfire. Also, somehow the Vestal Virgins are involved. Don’t ask. Thanks be, Rome’s rituals (and PETA) have come a long way in 2770 years – and todays re-enactment by the Roman Historical Group can safely state: No animals were harmed in the re-enactment of this ancient Roman ritual. But hey, history!

What? The Parade/Corteo (the best part!)

What?  After all of these rituals and re-enactments, it’s time for a parade – which actually happens a few days late (2, in this years case). If you ever wanted to see Gladiators, Vestal Virgins and Roman nobility dancing down the streets side by side, this is your chance. The parade starts at Circus Maximus and makes its way down Via dei Fori Imperiali. It ends a short hour later at the foot of the statue of Trajan, where a laurel crown is laid with great ceremonial flair.